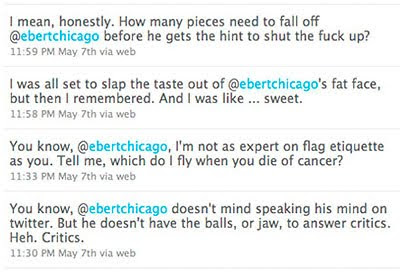 What a sad fucking excuse for a human being.
Posted by ahclem at 9:14 PM