Over at Jesus' General, JC Christian ("an 11 on the manly scale of absolute gender") reports:


According to sources close to House GOP leadership, the House and Senate Republican caucuses are scrambling to craft a war resolution after learning that Iran is deploying intrauterine devices (IUDs) against the U.S. "This is the gravest threat our country has faced since the introduction of fluorescent lighting," noted one highly placed Fox News executive. "It's an existential threat. Gosh, I hope we go nuclear," he continued.

And he's got proof: 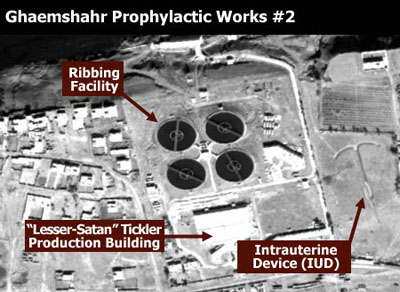