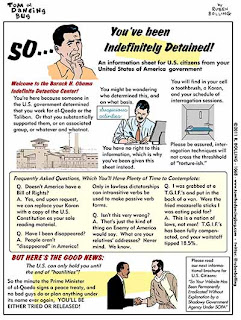 Happy New Year.
Posted by ahclem at 4:02 PM No comments:


(by Alba Casanova and Marc Guardiola, via io9)
Posted by ahclem at 6:30 PM No comments:

everything you need to know about change we can believe in

More on the horror of that defense bill here.
Posted by ahclem at 5:30 PM No comments:

(Give it a bit of time to completely load.)