Posted by ahclem at 8:25 AM No comments:

Especially baritone saxophone. (And although Blogger limits the size of pictures to the point that you probably can't tell, there's one playing trombone as well, which is also pretty awesome.)
* Gratuitous tumblr reference
Posted by ahclem at 9:41 PM No comments:

One of the principles I adopted upon returning to the blog was to avoid using it as an outlet for the personal outrage so often generated by the political and social state of our nation. Frankly, there are others who do it much better (Glenn Greenwald and the Rude Pundit for two), and, probably more importantly, it's just too damn depressing.
So, as the post title says, this is not one of the rants that used to occasionally appear here. Instead it's just a strong suggestion that you read this (and be sure to read the updates at the end about the treatment of David House and Jane Hamsher at Quantico this morning).
This is what is being done in all of our names. What the hell have we become?
Posted by ahclem at 8:10 PM No comments:

Not feeling particularly inspired, so here's a pretty neat video instead.

the politics of fear 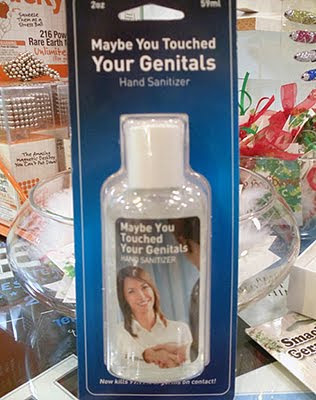 (via Skull Swap)
Posted by ahclem at 8:07 AM No comments: 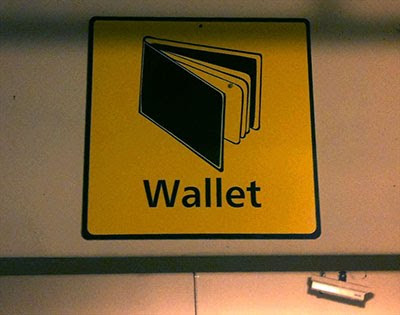 Wallet.
(Back from the southland.)
Posted by ahclem at 8:54 PM No comments:

A match made in heaven (or somewhere). 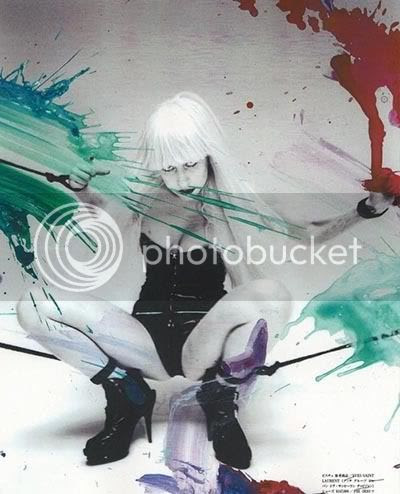 To reiterate my sign-off from the previous post, I really have nothing to add. Instead, entirely irony free, I offer this.
Posted by ahclem at 9:31 PM 1 comment:

From back before the November elections:

(That Facebook page is the one with the map with the gunsights over the target congress people. The map that was scrubbed without comment this afternoon.) 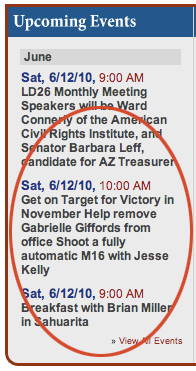 Nothing to add, really.
(screen grabs via skippy the bush kangaroo)
Posted by ahclem at 10:06 PM No comments:

it will be streamed 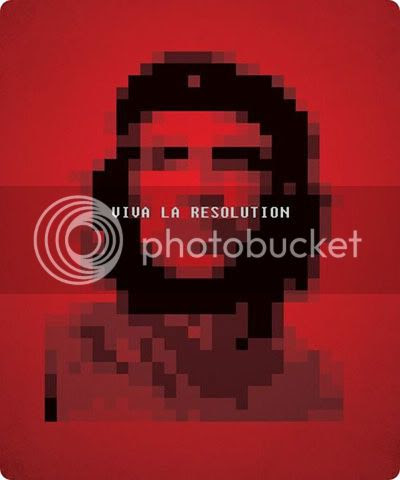 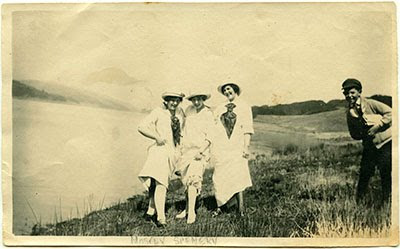 In going through boxes of pictures, I've discovered a small cache of largely unlabeled old photos that appear to date from the early twentieth century. I'm somewhat perplexed about why I don't remember ever encountering these before, but I suspect that they are pictures of my parents' families and relatives.
I have no idea who the three young women in this photo might be, but, while I have no way to know for sure, it gives me a great deal of pleasure to believe that the young person intruding into the frame at the right is my father.
Posted by ahclem at 8:52 PM 2 comments:

the way it is 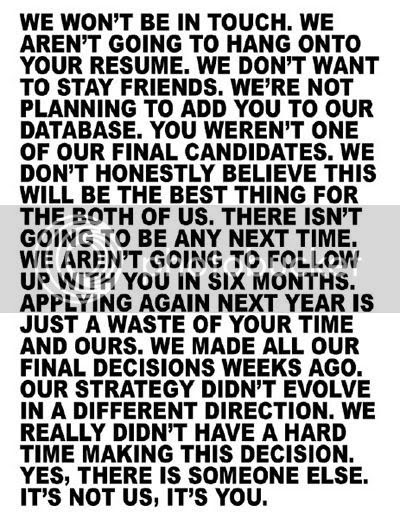 (by Anthony Discenza, via the Catharine Clark Gallery)
Posted by ahclem at 8:36 PM No comments: 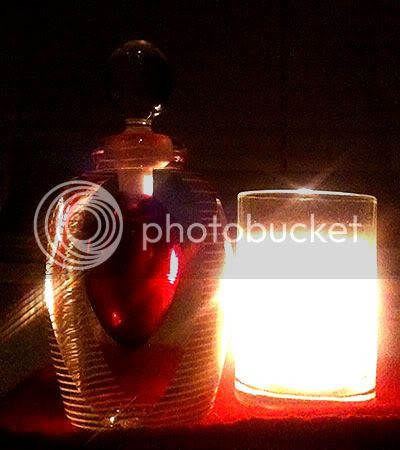 Posted by ahclem at 8:52 PM No comments:

Today would have been Rocket Girl's 59th birthday. Perhaps it still is. I don't know.

To mark the day, I'm inaugurating an occasional series of photos selected from those that inspired the previous post. Today, it's Bermuda - July, 1988. 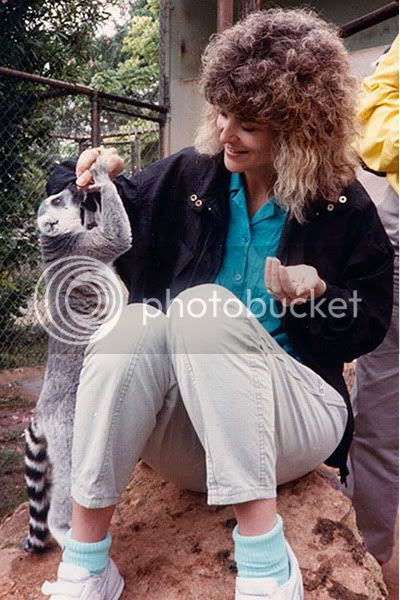 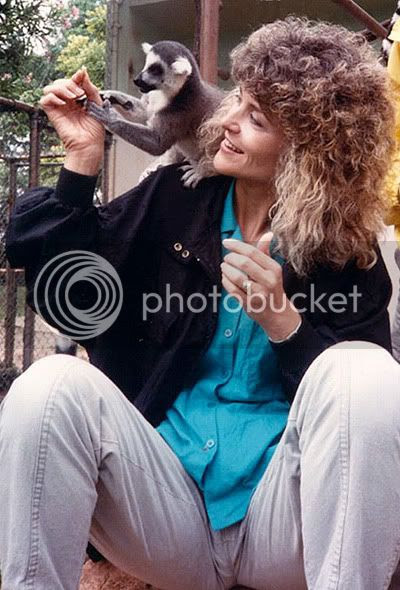 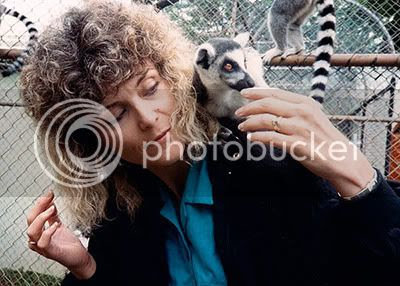 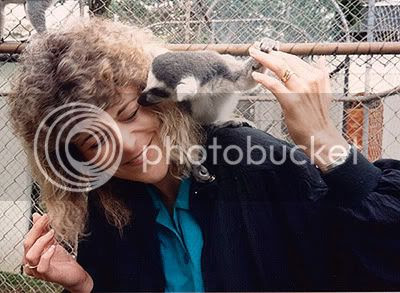 The concept of "missing" doesn't even exist in the same universe with what I'm feeling.

Over the past few months, I've reviewed literally thousands of family photos spanning the last 30 or so years. As a result, I've had a number of epiphanies about the creation and preservation of photo memories. Unfortunately, many of them are only applicable to the quaint, soon-to-be archaic practice of actually getting prints of your photos to mount in albums or (more commonly) file in shoe-boxes in a closet. (This change is actually a big deal. More about it in some future post.) But the single most valuable insight I've gained is applicable to any personal picture taking. And it is this:

No matter what your reason for taking pictures, be it a birthday, graduation, party, date, vacation, goofing around or whatever, take more pictures of the people who mean a lot to you and fewer pictures of the scenery. When you revisit those pictures years or decades later, the fact that you have personal proof that Hawaii has nice beaches, or that there are spectacular waterfalls in Yosemite, or that the Eiffel Tower is, in fact, in Paris, will mean absolutely nothing compared to having a rich visual record of who you and the people you've known and loved were, back when you were experiencing those beaches or waterfalls or Paris.

Trust me on this one. You'll thank me later.
Posted by ahclem at 4:35 PM 2 comments: 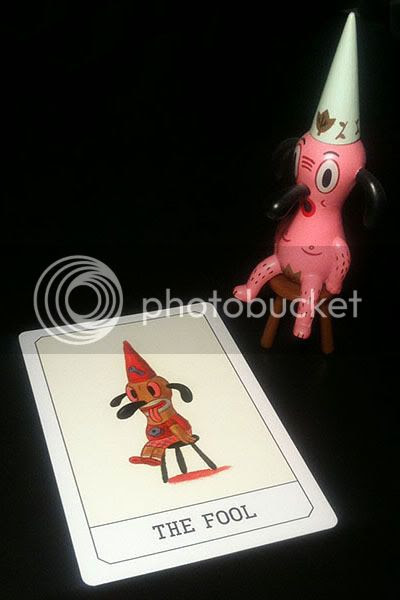 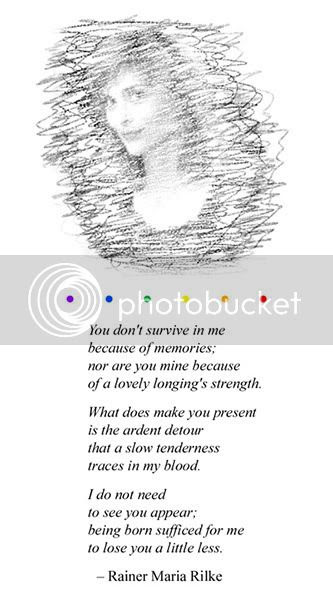 (Profound thanks to N for sending me the poem.)
Posted by ahclem at 9:51 PM No comments:
Newer Posts Older Posts Home
Subscribe to: Posts (Atom)