When I first encountered the ad below, I was virtually certain that it was the result of someone playing around with Photoshop. I mean, no actual major international corporation would really produce that ad, right? 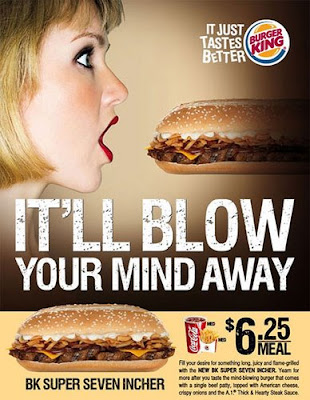 As someone who has spent the majority of his career in marketing, I truly believe that great advertising can be both effective and, in its own way, an art form. But stuff like this just makes me want to take a shower.

"The BK Super Seven Incher. It's just like sucking a dick."

So how about this?