We grieve for him that he did not have time to properly prepare his soul to face God. I am more concerned that the Obama Administration will use Tiller's killing to intimidate pro-lifers into surrendering our most effective rhetoric and actions.

And via Firedoglake, the commenter tankertodd at the supposedly "respectable" conservative blog RedState (motto: "Slightly less insane than the wackos at Free Republic") tells us:

I can’t escape the conclusion that killing Tiller was the right thing to do. I am uncomfortable with this conclusion because it’s dangerous. But nevertheless, it was the ethical thing to do.

I mean, right-wing extremism, religion, and guns. It's the perfect American trifecta. (And for the hypocritically challenged, let's not forget, "The Culture of Life.")

And just in case anyone needs reminding that even late-term abortion is not a black and white issue, digby quotes a testimonial from someone who has faced the heartbreaking issues around it (and as always, it's really worthwhile to read her entire post):

In 1994 my wife and I found out that she was pregnant. The pregnancy was difficult and unusually uncomfortable but her doctor repeatedly told her things were fine. Sometime early in the 8th month my wife, an RN who at the time was working in an infertility clinic asked the Dr. she was working for what he thought of her discomfort. He examined her and said that he couldn’t be certain but thought that she might be having twins. We were thrilled and couldn’t wait to get a new sonogram that hopefully would confirm his thoughts. Two days later our joy was turned to unspeakable sadness when the new sonogram showed conjoined twins. Conjoined twins alone is not what was so difficult but the way they were joined meant that at best only one child would survive the surgery to separate them and the survivor would more than likely live a brief and painful life filled with surgery and organ transplants. We were advised that our options were to deliver into the world a child who’s life would be filled with horrible pain and suffering or fly out to Wichita Kansas and to terminate the pregnancy under the direction of Dr. George Tiller.

We made an informed decision to go to Kansas. One can only imagine the pain borne by a woman who happily carries a child for 8 months only to find out near the end of term that the children were not to be and that she had to make the decision to terminate the pregnancy and go against everything she had been taught to believe was right. This was what my wife had to do. Dr. Tiller is a true American hero. The nightmare of our decision and the aftermath was only made bearable by the warmth and compassion of Dr. Tiller and his remarkable staff. Dr. Tiller understood that this decision was the most difficult thing that a woman could ever decide and he took the time to educate us and guide us along with the other two couples who at the time were being forced to make the same decision after discovering that they too were carrying children impacted by horrible fetal anomalies. I could describe in great detail the procedures and the pain and suffering that everyone is subjected to in these situations. However, that is not the point of the post. We can all imagine that this is not something that we would wish on anyone. The point is that the pain and suffering were only mitigated by the compassion and competence of Dr. George Tiller and his staff. We are all diminished today for a host of reasons but most of all because a man of great compassion and courage has been lost to the world.

So, for those loving followers of Jesus who see this as some sort of divine retribution, and those in the conservative media that stoke the hate and fear and anger of people like Scott Roeder (and uncountable others like him), I say fuck you. Really. Fuck you.
You are a blight upon humanity.
Posted by ahclem at 10:03 PM No comments: 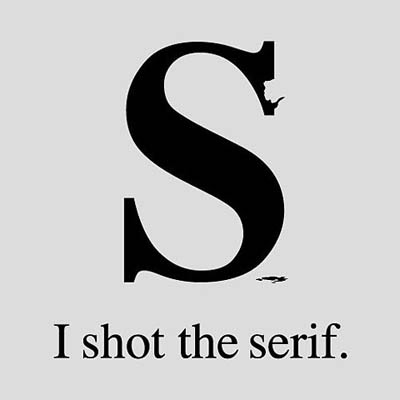 Posted by ahclem at 9:39 PM No comments:

This was originally headed over to 404, but all things considered, I decided it belonged here instead. 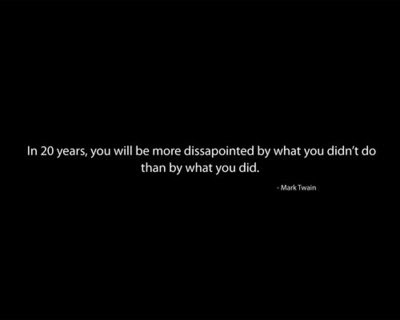 (via Yimmys Yayo)
Posted by ahclem at 4:12 PM No comments:

social media and the collaborative creation of meaning 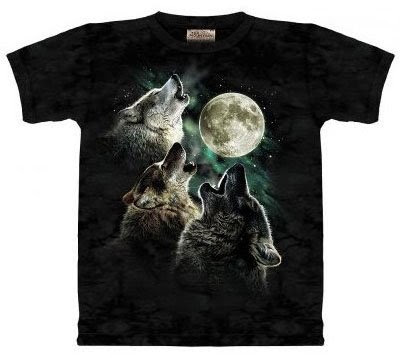 The above t-shirt, entitled Three Wolf Moon, currently holds the sales rank of "#1 in Apparel" on amazon.com (i.e., it's the best-selling item of clothing on Amazon).

To quote from a few of the reviews:

The cotton actually feels like baby wolves were bludgeoned for their fur and that fur was spooled into magical pillowy fibers.

I had a two-wolf shirt for a while and I didn't think life could get any better. I was wrong. Life got 50% better, no lie.

Unfortunately I already had this exact picture tattooed on my chest, but this shirt is very useful in colder weather.

I believe that wearing this t-shirt has made me a better man, which is remarkable because, well....I'm a chick.

What is best in life? To crush your enemies, see them driven before you, and to hear the lamentation of their women. Thank you Three Wolf Moon Shirt.

I purchased the 3 wolf moon shirt while on vacation in Utah but I forgot it in the hotel room. Imagine my surprise when 7 weeks later, I heard a knock at my door back home. It was 3 wolf moon! It walked all the way to my house by itself. Excellent fit, too.
-
It's casual Friday at my office and while I'm getting dressed in the morning, I say to myself, "Hey, what's more casual than a Three Wolf Moon T-shirt?" I hadn't worn it before - it was a gag gift and my couture is classy. But, my fashion sense is only rivaled by my gift for irony. So I donned it. Some things you can never prepare for.

I didn't drive to work - I f'in ran to work. 15 miles. That's what the power of the wolf does to you. Then I slowly slinked into my office, unobserved. I sat on my desk, low to the ground, just waiting to pounce. Then I smelled it - that fat man, food in the fat creases, sweat on the top of the bald head, boss smell. I snarled. And pounced. Sometimes your prey is hard to take down, but sometimes they are obese and have spina bifida. You take your wins where you can get them.

Now I'm in prison. But it was worth it. Thank you, Three Wolf Moon T-shirt. Now that I have the power of the three wolves, I'm my own boss and master.

Pros: freedom, independence, unbridled wolf power
Cons: prison sentences and the constant feeling of never being satisfied because you can't lick yourself

Up until a decade or two ago, companies defined their brands' meanings and presented them to potential customers through advertising. Marketing was basically one-way communication. Today, every vector of communication, be it email, blogs, Twitter, Facebook, or even Amazon product reviews, provides an opportunity for individuals to express their own experience of a brand's meaning. Even to the extent of wresting the meaning away from the brand's owner.

From the Times Online article about the installation of the Most Rev Vincent Nichols as the new Archbishop of Westminster:

Archbishop of Westminster attacks atheism but says nothing on child abuse

According to the article, Archbishop Nichols was "glitteringly vested in newly minted gold mitre and chasuble."
I have nothing to add.
Posted by ahclem at 6:45 PM No comments: 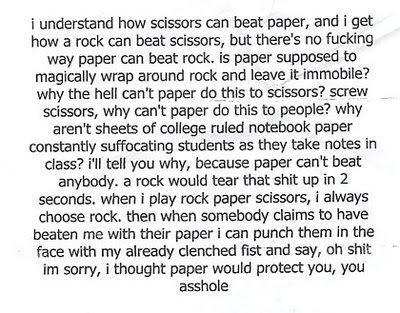 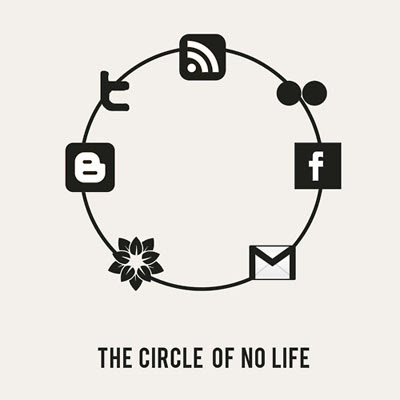 By Chris Milk. Via kox patrol.
Posted by ahclem at 10:59 PM No comments:

the age of specialization 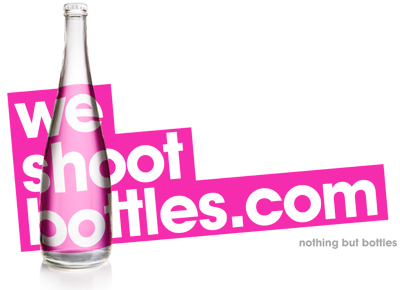 Yup. Nothing but bottles.
Posted by ahclem at 8:52 PM No comments: 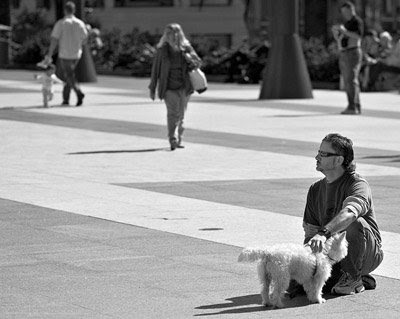 This video is a tech demo of a game in development in which you navigate through an all white or black world by splattering paint to reveal the world's contours. It is, I think, quite beautiful.
From Giant Sparrow
Posted by ahclem at 10:07 PM No comments:

actually, not much has changed 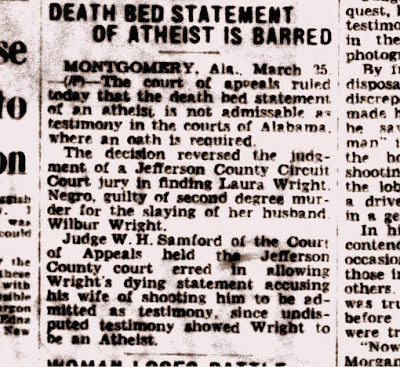 Dinosaur Comics asks: How is today special for you?
Actually, I'm not so sure I want to understand.
Posted by ahclem at 9:11 PM 1 comment:

I mean, Iowa was one thing. But Maine? We're California people. We're Hollyweird, Soddom and frikkin Gomorrah San Francisco boogeymen. And we can't even do this?

Let's face it, Cali. Time to turn in the indie cred, release the greatest hits album and move the main show to a stage in Branson.

(John Rogers is also the author of what I still think are two of the greatest blog posts of all times, this one from 2004, and this one from 2005. It's interesting to read them again from the perspective of the new administration. It's a shame more hasn't changed.)
Posted by ahclem at 9:05 PM No comments:

To quote John Goekler at Counterpunch:

Terrorism is an act of the weak. But so is walking through the airport in our socks

Posted by ahclem at 7:21 PM No comments:

From Season 2, The Whale: