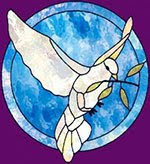 So, in the interest of science, harmony, and world peace, how about it ladies?
Posted by ahclem at 8:58 PM

This might rival the research being conducted to determine if vegans swallow.