Astonishingly, this is my 200th post since starting this thing on a whim last October. I initially thought I might stick with it for a week or two. I hate the process of writing and, given that I have to do quite a bit of it in my daily "real" life, the idea that I'd sign up for even more on a voluntary ongoing basis didn't seem too likely. But here I am.

More than anything, I guess it's been a combination of wanting to share the occasional cool stuff I come across with my three or four loyal readers (you know who you are), and wanting to have an outlet for the occasional rant about our country's ever-accelerating decent into a nation of fucking idiots.

To celebrate, I thought I'd post one of my favorite photos from 404. I like it a lot and it's nice to see it again. 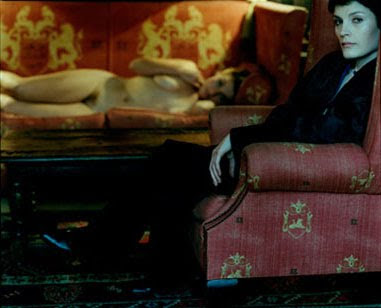 Additionally, real median household income fell 3.6% between 2007 and 2008 (the biggest drop in 40 years). And that doesn't even reflect all of the job losses in the first seven months of this year. But not to worry, we can all take solace in the fact that the richest tenth of one percent saw their incomes rise by 35% over the last 10 years. Because isn't that what America is all about? (At least for the teabaggers who seem to be so aggressively dedicated to giving up their opportunity to have affordable healthcare so that insurance company CEOs can still count on their multimillion dollar bonuses.)

And all good. You search the web so I don't have to. Thanks, citizen.