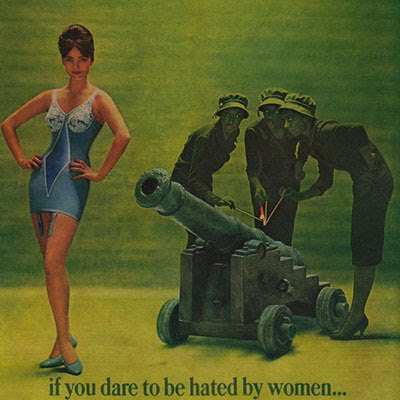 Does this sort of thing actually work? Do enough women respond positively to the promise that buying a product will cause other women to hate them that this is seen as an evergreen messaging theme? It would appear that, for the last 50 years at least, people both inside the advertising industry and those judging the "quality" of the industry's output seem to think the answer is "yes."
Have I mentioned that I'm convinced we're doomed?
(via Retrozone)
Posted by ahclem at 10:20 PM

Schadenfreude is thriving between women.

Is it because we are competing for the same (frat boy) 'resources'?

Is it because 'the patriarchy' has taught us to keep each other down because we are easier to control when divided?

Maybe the tenet of feminism should be rewritten: be kind to each other.